Speakers at the sold-out FinTech North Leeds event yesterday addressed the challenges and opportunities for the sector in the region and beyond. The ‘perception gap’ – where the vast assets of Leeds, the North, and elsewhere outside of London are not known or under-appreciated or are seen as too far away – can cause lost opportunities, according to Henri Murison, Director of the Northern Powerhouse Partnership.

In a keynote speech addressing the crowd of over 300 delegates – a record-breaking attendance for FinTech North – Murison spoke of the Northern Powerhouse as the idea of closing the gap between north and south and said:

Murison also outlined the need for more visibility about the “life-changing” benefits of FinTech for local people, who will benefit from the job opportunities and boosted Northern economy. He called for all sectors and Northern cities and towns to “speak with one voice, and come together to support the great work that FinTech North is doing”.

Collaboration was a recurring theme at the event, held at Cloth Hall Court in Leeds City Centre. Business leaders, policy and decision makers across the public and private sectors, governments, regulatory bodies, universities and skills providers, charities, and UK FinTech Hubs spoke alongside some of the most established financial services, banking, and tech firms from across Leeds, regionally, and nationally. FinTech firms came from as far as Canada to showcase their latest innovations.

The event was chaired by Chris Sier, Chairman of FinTech North and HM Treasury FinTech Envoy. He spoke about how the Government is committed to boosting FinTech on the regional agenda, and how that regionalisation has been driven by FinTech North through building the Northern FinTech community, and its work in collaboration with its counterparts across the UK. He also mentioned the recent announcement, made during UK Fintech Week, that FinTech North has partnered with Innovate Finance and FinTech Scotland to form the National FinTech Network. The partnership was created to foster collaboration between these regional FinTech hubs and is expected to expand to include other regions in future.

Chris Sier also shared this comment from the Economic Secretary to the Treasury, John Glen MP:

“The government is committed to ensuring the Fintech sector grows and flourishes so that the whole of the UK benefits. We welcome the initiative taken by FinTech North and Chris Sier as FinTech Envoy to promote the sector in the North of England”.

Other keynote speakers on the agenda included Nick Cook, Director of Innovation at the FCA, Gregor Dobbie, UK Managing Director of Vocalink, a Mastercard company, and John James, Head of Digital Product at First Direct. 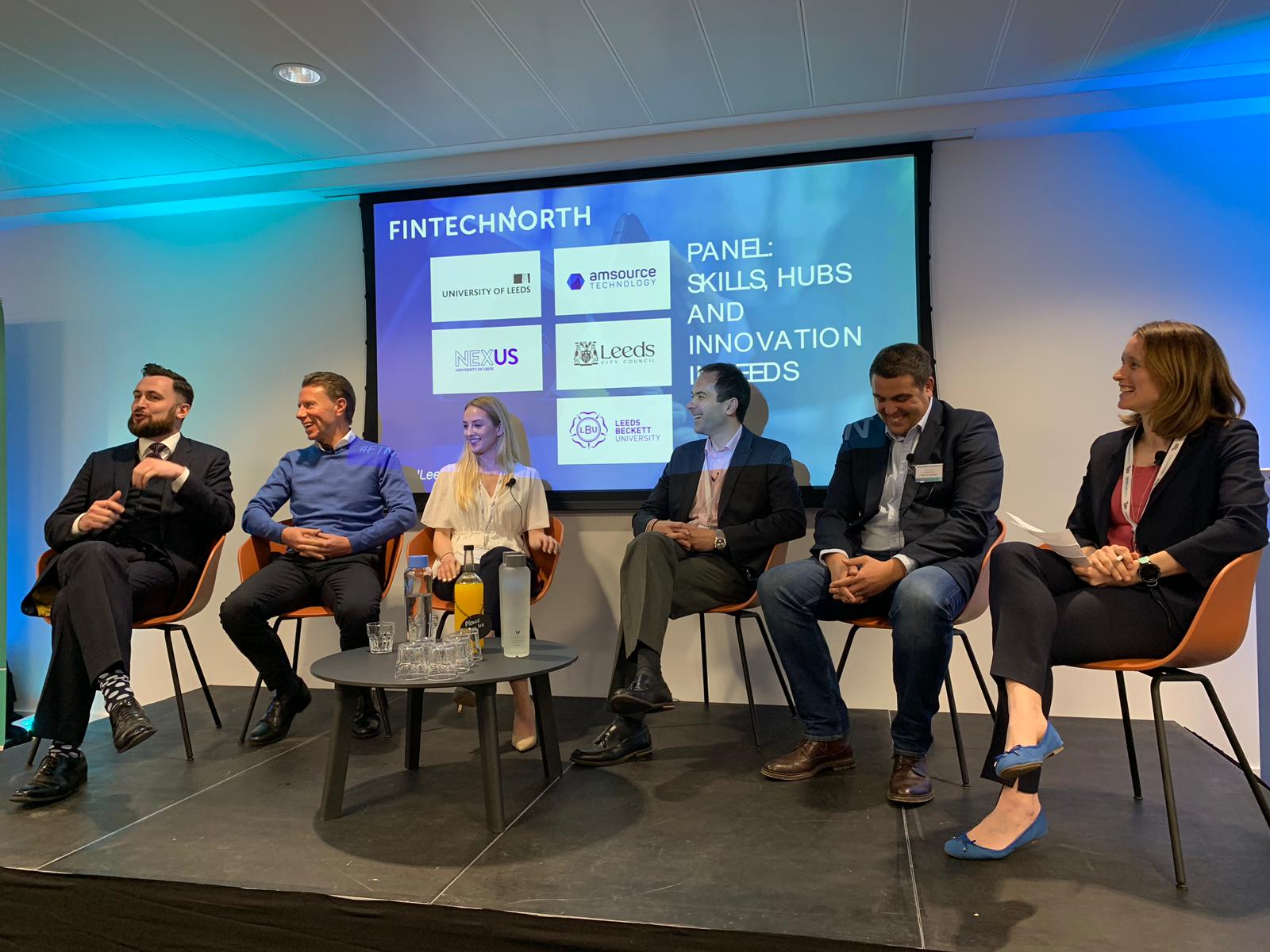 Eve Roodhouse, Chief Officer of Economic Development at Leeds City Council, spoke about the rich tradition of financial services, technology, and innovation in the area; how it is the largest contributor to the UK’s GDV outside of London. Leeds Beckett University and Leeds University were featured on a panel about FinTech skills in Leeds.

For the first time at a FinTech North conference, the afternoon session was split into three distinctive “streams”, to allow delegates to choose and participate in the session most relevant to their interests. The first session was hosted by FinTech North, and covered a range of topics such as growth, skills and diversity, and funding. The second, hosted by global financial services company Computershare, focused on the impact of FinTech in mortgages. The third stream, hosted by international law firm DAC Beachcroft, covered the numerous RegTech initiatives impacting on the financial services industry.

Delegates were also given a chance to build their own chatbot in an hour, in partnership with BJSS, in another FinTech North first. 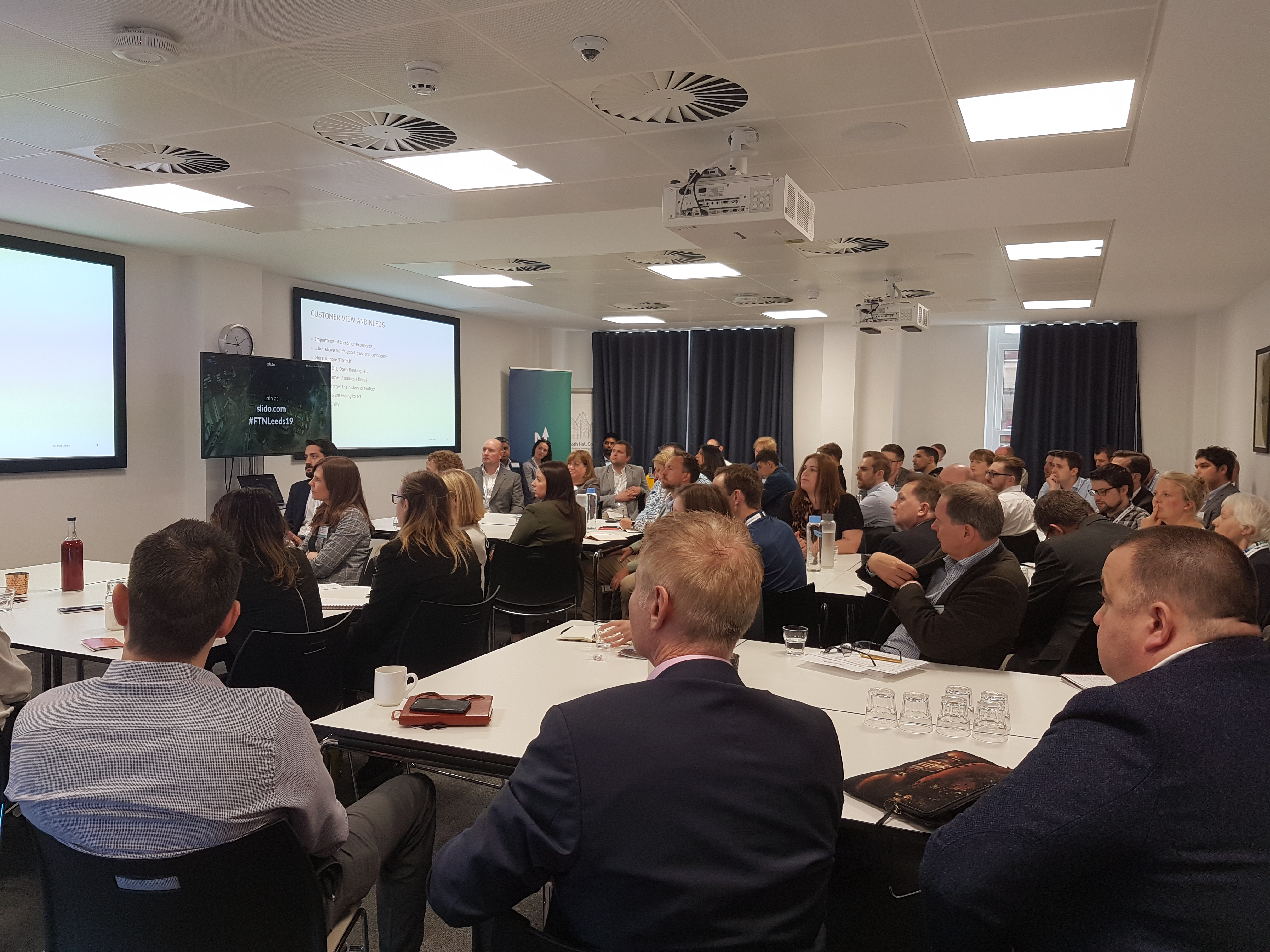 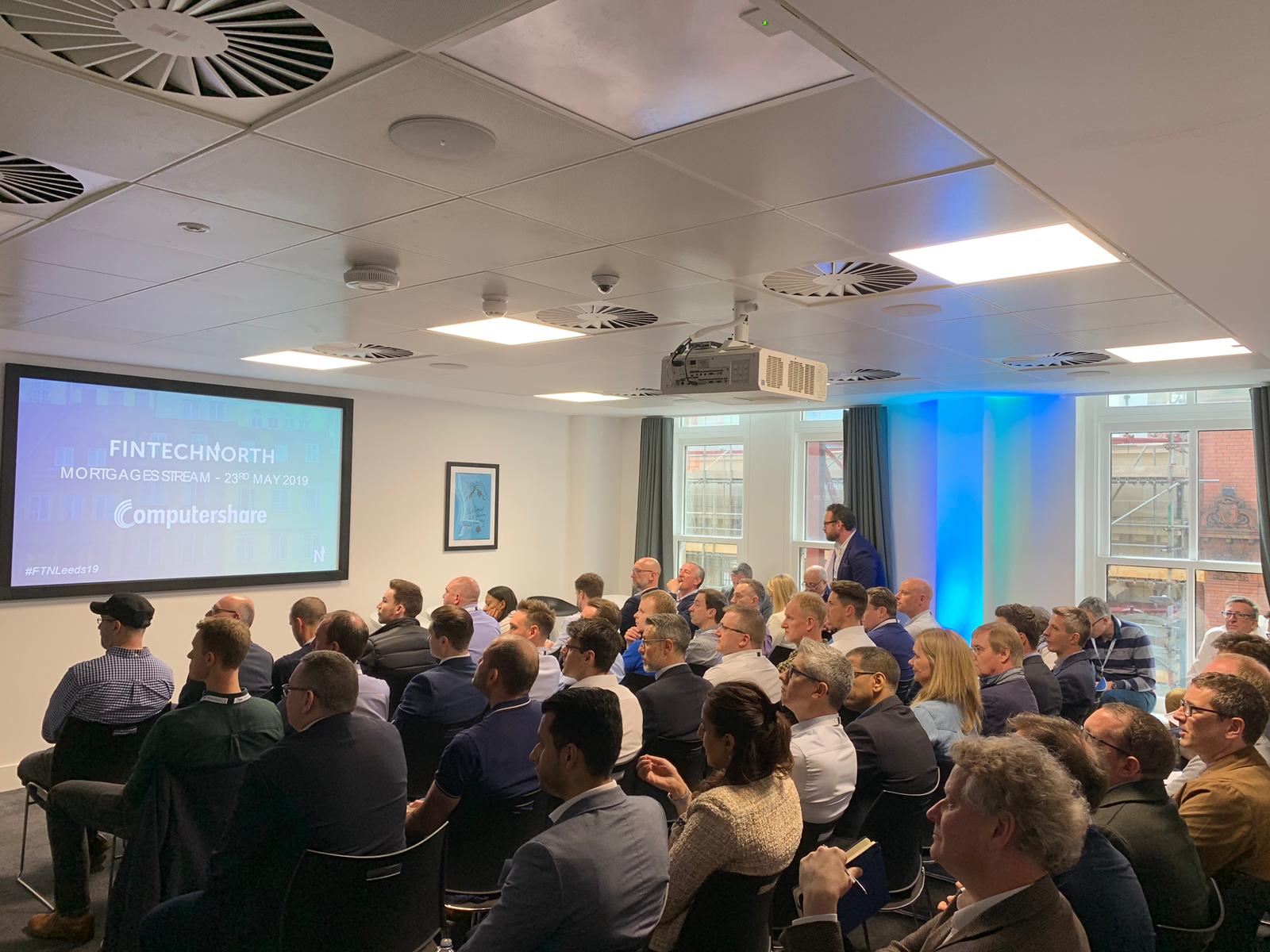 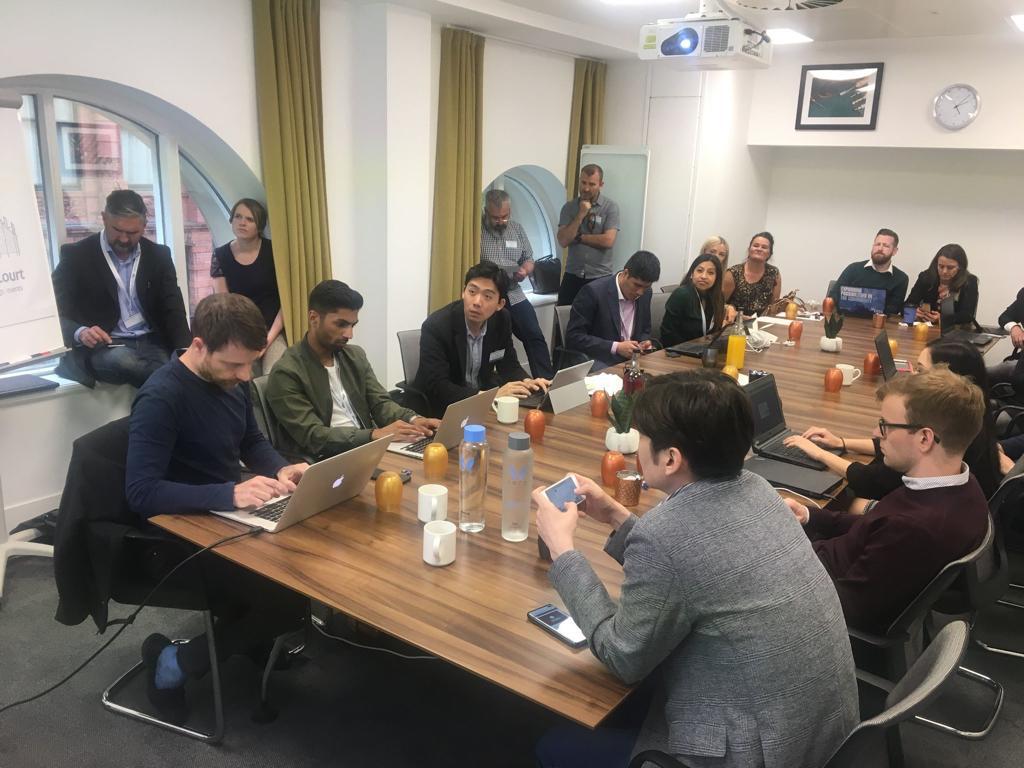 “Today’s event has been the biggest FinTech North conference ever, and it is incredible to see the amount of support we have received from sponsors, partners, speakers and attendees. This is a not-for-profit initiative that is run on behalf of the FinTech community in the North and beyond, and would not be possible without its backing. We aim to support the industry and facilitate its growth, and the increased momentum with every FinTech North event proves that it’s working.” 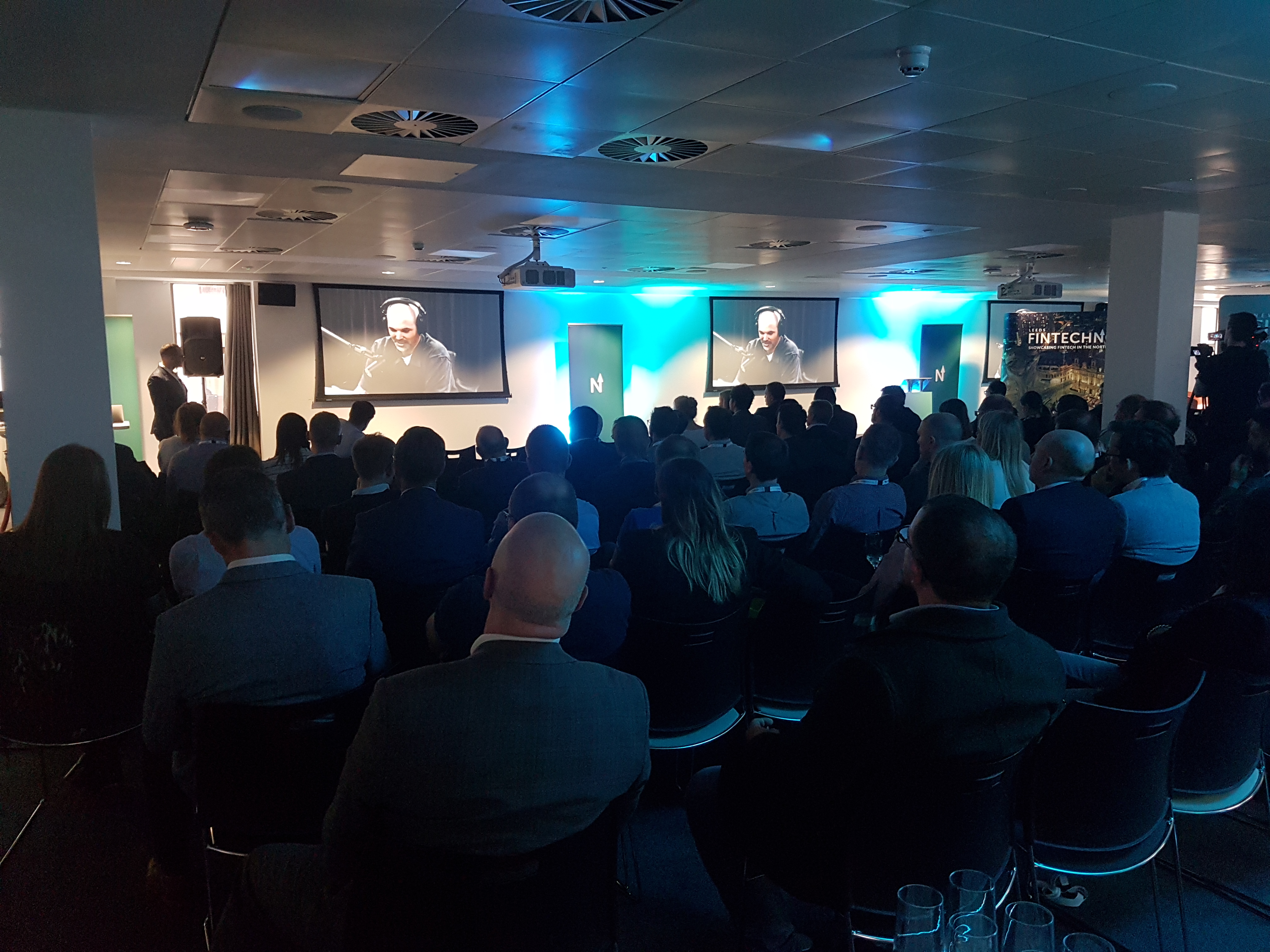