The Leeds Tech and FS community gathered on the 7th December at Squire Patton Boggs for the FinTech North LendTech Forum. The event provided insight and discussion on the latest developments in lending technology, and was sponsored by Equinti Credit Services.

Julian Wells, Director, FinTech North was the chair for the event and opened by highlighting the core strength that Yorkshire has in the lending technology sector. He also shared some of the insights gleaned from the FinTech Connect event which happened on 5th-6th December.

Next year is going to be a really significant period for Open Banking. – Julian Wells.

Our first speaker was Richard Carter of Equiniti Credit Services. His presentation focused on consumer adoption of technology and innovation, specific to financial services.

Richard began by walking us through the innovation curve and explained how mainstream consumers expect the first wave of a new tech product in tech meet all expectations, when in reality products have to continually improve to become widely adopted.

Attendees then saw a table which showed the amount of time technologies have took to gain 50 million users (the level at which a technology is considered as adopted in the mainstream). For telephone it took 75 years, for TV – 13 years, Facebook – 2 years, and for Pokemon Go… just 19 days.

There is a huge amount of acceleration around the adoption of technology right now.

Richard then moved his focus onto financial services. He highlighted how consumer debt has increased following the financial crash, but the average amount on each loan has decreased considerably (from £1000 to £250). This means lending companies have had to innovate to become efficient at managing smaller loans, at a higher volume.

He then told us about the adoption of FinTechs over the last five years. Richard highlighted how originally, much of the expectation on FinTechs was that they would completely take over banking. This contrasts to reality where developments have been more around collaboration and partnerships with mainstream banks. This journey has been formed by consumer adoption and expectation.

Looking forward, Richard stated that technology will become smarter at helping us manage our money and access the right credit at the right time. For businesses, he expects software to help them predict and prevent areas of light cashflow and dangerous debt, by responding automatically to the SME’s finances.

If we are looking at SMEs being the lifeblood of the UK economy, then we absolutely need to protect and support that.

Next up was Keith Ollier who began his talk by explaining that credit has for a long time been a back office function that is quite traditional. He moved on to explain how the functions of credit providers (especially CYBG) in recent years has transformed to all digital processes with insightful dashboards to manage all aspects of loan applications and execution.

Using these digital processes, we are making the loan process more efficient both for ourselves (the lender), and for our customers.

The advent of open banking will make digital lending processes, even more powerful.

Keith then highlighted how consumer adoption of digital lending processes has had mixed findings. Some end customers want a face to face interaction, while others prefer the all-digital dashboards (often various different lending platforms at the same time).

Mark Barrow was the next presenter, who began with an overview of the lending sector and how software is becoming an ever more important function in the industry.

Mark discussed how Lombard is innovating in the asset finance space by helping software businesses unlock working capital through their source code and intellectual property. The firm’s software is licensed back to the business so they can operate as normal, but with better liquidity.

Any business that has developed something in house, we can work with. – Mark Barrow.

Dan began his talk by explaining how he got into the P2P lending sector, with the initial spark being lack of options for finance. Dan’s business, White Label Crowdfunding, develops peer-to-peer lending platforms for firms worldwide.

He discussed how P2P lending is an interesting sector to be part of due to the opportunity of partnerships and innovation as well as the general trend towards a sharing, inclusive economy led by digital platforms.

Dan explained how P2P platforms can fit into 4 main types:

The BrokerSense platform advises on the best mortgages for consumers by taking a customers’ criteria and running it through 50+ mainstream lenders and 70+ BTL lenders. The data is checked seamlessly through affordability calculators and lender criteria. This data is then brought back to the consumer providing a comprehensive view of their options for a mortgage.

Stuart spoke about future trends, exploring how our interaction with data could change the lending industry. He explained how packaged consumer data could lead to multiple offers from mortgage lenders rather than consumers selecting just one. Taking this further, he said it could quite easily become an auctions system for lenders to bid for customers based on their individual circumstances.

If mortgages could be confirmed in just a day or two rather than weeks, then maybe we’ll see more customers switching their mortgage deals, more often. 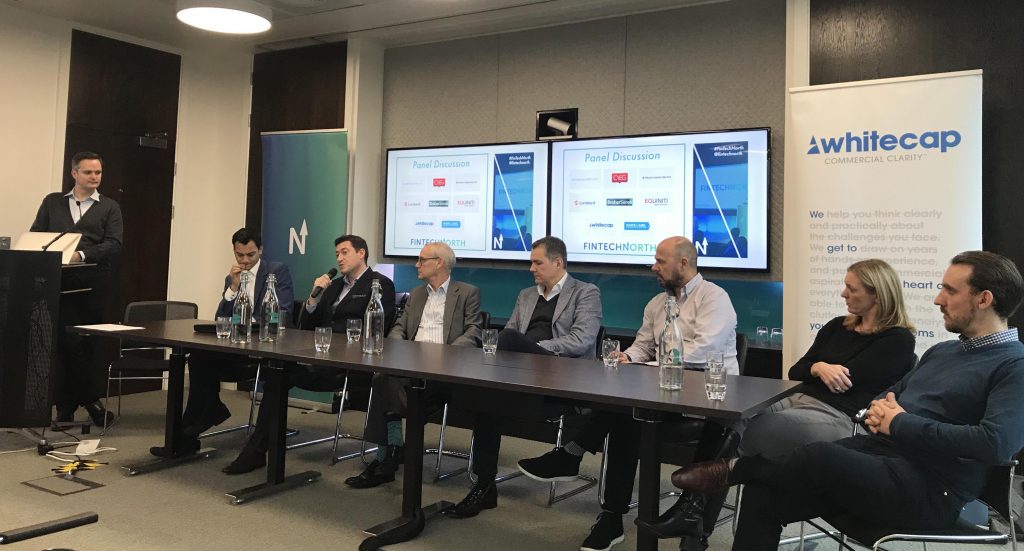 The presenters were then joined by Georgina Mitchell, COO, rebuildingsociety.com and Nick Gibbs, Head of Commercial and Strategy, Hitachi Capital for a panel discussion with audience Q&A. Various topics were discussed in the panel with plenty of interesting questions from attendees:

On the importance of price in new digital lending offerings,

I don’t think everything in lending comes down to price. I think some people will actually be willing to pay a little more for something that is frictionless and fully integrated. – Richard Carter.

On trust in various mortgage lenders and new (digital) lenders,

I think Open Banking will actually help consumers understand that their data is very valuable and in response, lenders have to be very transparent. – Stuart Phillips

Word of mouth will also play an important role, people seeing other people using new providers and new digital processes will help bring these innovations into the mainstream. – Georgina Mitchell

On the entrance of an Amazon into financial services.

Banks have a lot of data and information but their infrastructure is very slow. So it becomes about how well you can integrate and use the data available to you. – Keith Ollier

Big tech firms like Amazon and Facebook are in a prime position to move into lending and other financial services because of the sheer amount of data they have on you. – Richard Carter.

On the use of voice-led AI, such as Alexa, in financial services

For those that already have a loan and just want updates, it should be no different to checking it online. So it should really just be another channel. As long as the APIs are there, providers should completely be able to interact through that. – Richard Carter 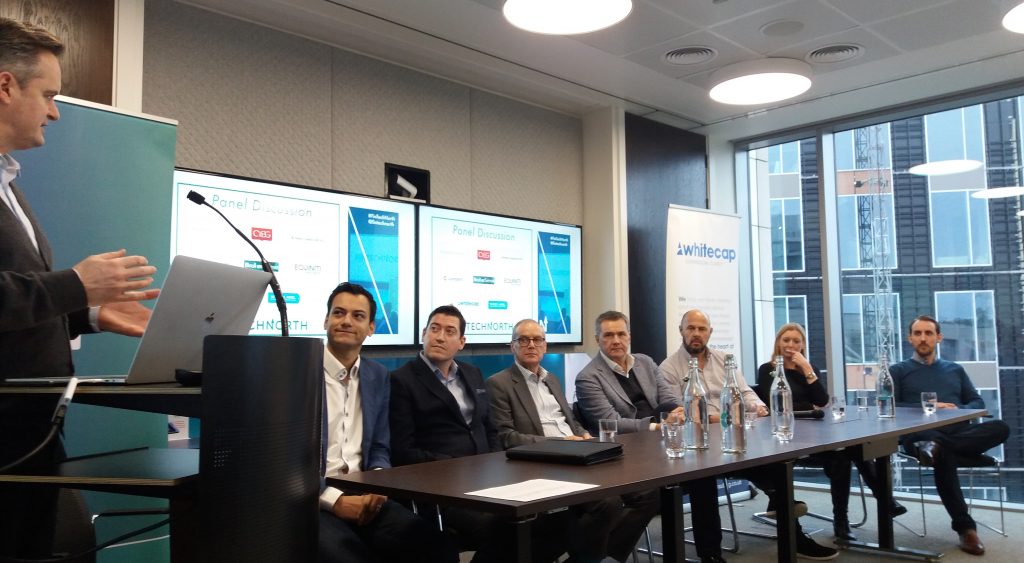